The Shape of Art History in the Eyes of the Machine

Advances in Artificial Intelligence are changing things around us. Is art and creativity immune from the perceived AI takeover? In this talk I will highlight some of the advances in the area of Artificial Intelligence and Art. I will argue about how investigating perceptual and cognitive tasks related to human creativity in visual art is essential for advancing the fields of AI and multimedia systems. On the other hand, how AI can change the way we look at art and art history.

The talk will present results of recent research activities at the Art and Artificial Intelligence Laboratory at Rutgers University. We investigate perceptual and cognitive tasks related to human creativity in visual art. In particular, we study problems related to art styles, influence, and the quantification of creativity. We develop computational models that aim at providing answers to questions about what characterizes the sequence and evolution of changes in style over time. The talk will also cover advances in automated prediction of style, how that relates to art history methodology, and what that tells us about how the machine sees art history. The talk will also delve into our recent research on quantifying creativity in art in regard to its novelty and influence, as well as computational models that simulate the art-producing system. 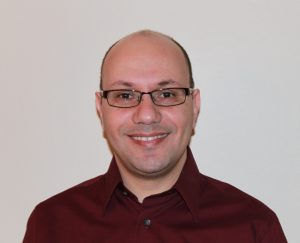 Dr. Ahmed Elgammal is a professor at the Department of Computer Science and an Executive Council Faculty at the Center for Cognitive Science at Rutgers University. He is the founder and director of the Art and Artificial Intelligence Laboratory at Rutgers, which focuses on data science in the culture domain. Prof. Elgammal has published over 160 peer-reviewed papers, book chapters, and books in the fields of computer vision, machine learning and digital humanities. He is a senior member of the Institute of Electrical and Electronics Engineers (IEEE). He received the National Science Foundation CAREER Award in 2006. Dr. Elgammal research on knowledge discovery in art history and AI-art generation received wide international media attention, including several reports on the Washington Post, New York Times, NBC, CBS News, the Daily Telegraph, Science News, and many others. Dr. Elgammal received his M.Sc. and Ph.D. degrees in computer science from the University of Maryland, College Park, in 2000 and 2002, respectively.

Self-organization, Emergence and Stigmergy: coordination from
the bottom-up

The purpose of this presentation is to review and clarify some of the foundational concepts and mechanisms that underlie parallel problem solving in nature. A problem can be conceived as a tension between the present, “unfit” state and some fit state in which the tension would be relaxed [2]. Formulated in terms of dynamic systems, the solution is then a fitness peak, a potential valley, or most generally an attractor in the state space of the system under consideration. Solving the problem means finding a path that leads from the present state to such an attractor state. This spontaneous descent of a system into an attractor is equivalent to the self-organization of the components or agents in the system, meaning that the agents mutually adapt so as to achieve a stable interaction pattern. The interaction between agents can be conceived as a propagation of challenges: a challenge is a state of tension that incites an agent to act so as to reduce the tension. That action, however, typically creates a new challenge for one or more neighboring agents, who act in turn, thus creating yet further challenges. The different actions take place in parallel, producing a “wave” of activity that propagates across the environment. Because of the general relaxation dynamics, this activity eventually settles in an attractor. The stability of the resulting global configuration means that the different agents have now “coordinated” their actions into a synergetic pattern: a global “order” has emerged out of local interactions [1]. Such self-organization and “natural problem solving” are therefore in essence equivalent. Two mechanisms facilitate this process: 1) order from noise [4] notes that injecting random variation accelerates the exploration of the state space, and thus the discovery of deep attractors; 2) stigmergy means that agents leave traces of their action in a shared medium. These traces challenge other agents to build further on the activity. They function like a collective memory and communication medium that facilitates coordination without requiring either top-down control or direct agent-to-agent communication [3]. 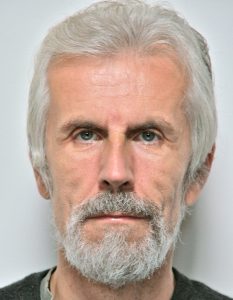 Francis Heylighen received his PhD in theoretical physics in 1987 from the Free University of Brussels (VUB). After his PostDoc there he become first a Senior Research Associate, then a research professor. He then created the Evolution, Complexity and Cognition research group and the Global Brain Institute, which he both directs. The main focus of his research is the evolution of complexity: how do higher forms of organization originate and develop? How do systems self-organize, adapt and achieve some form of cognition? He has worked in particular on the development of collective intelligence or distributed cognition, and its application to the emerging “global brain”.

His work has received a wide international recognition from peers, students and the general public. This is shown by such indicators as his H-index (49), the number of citations of his work (over 8000) in the Google Scholar database of academic publications, and appearances in the national and international media. He is a Fellow of the World Academy of Art and Science, member of the Global Agenda Councils of the World Economic Forum, recipient of the 2015 Outstanding Technology Award from the Web Intelligence Consortium and his biography has been listed in Who’s Who in the World, Wikipedia, and other international directories.

The solution is a feasible ƒ of minimum weighted 1-norm. The Physarum dynamics operates on a state x ∈ ℝm>0. The state evolves according to the system of differential equations:

where q is the minimum energy feasible solution, i.e.,

In [1] it is shown that the dynamics (2) converges to an optimal solution of (1). Previously, this was known for the special case of the undirected shortest path problem [2,3,4]; here A is the node-arc incidence matrix of a directed graph and b is the demand vector. Further work can be found in [8,9,10,11].

The theoretical investigation of the Physarum dynamics was motivated by wet-lab experiments [5]. The theoretical model was introduced by [6], and convergence for the case of parallel links was shown in [7]. 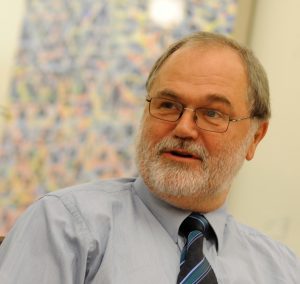 Kurt Mehlhorn is a Director of the MPI for Informatics and Professor of Computer Science at Saarland University. He heads the algorithms and complexity group at the MPI for Informatics. He works on data structures and algorithms in a broad sense. He co-authored some 300 publications in the field, published six books, and is one of the people behind the LEDA software library. He supervised more than 80 PhD-students, many of whom have now faculty positions. He has received several prizes (Leibniz Award, Beckurts Award, Zuse Medal, Humboldt Award, EATCS Award, ACM Paris Kanellakis Theory and Practice Award, Erasmus Medal of the Academia Europaea) for his work. He holds Honorary Doctorate Degrees from Magdeburg, Waterloo, Aarhus, Gothenburg, and Patras universities and is an ACM Fellow. He is a member of the German Academy of Sciences Leopoldina, Academia Europaea, the German Academy of Science and Engineering acatech, the US Academy of Engineering, and the US Academy of Science. From 2002 to 2008, he was vice president of the Max Planck Society. He is a co-founder of Algorithmic Solutions Software GmbH.